Diary of an Earthed Mama

This guest post is part of our 30 Days of Homeschool: The Good, The Bad & The In-Between Blog Series 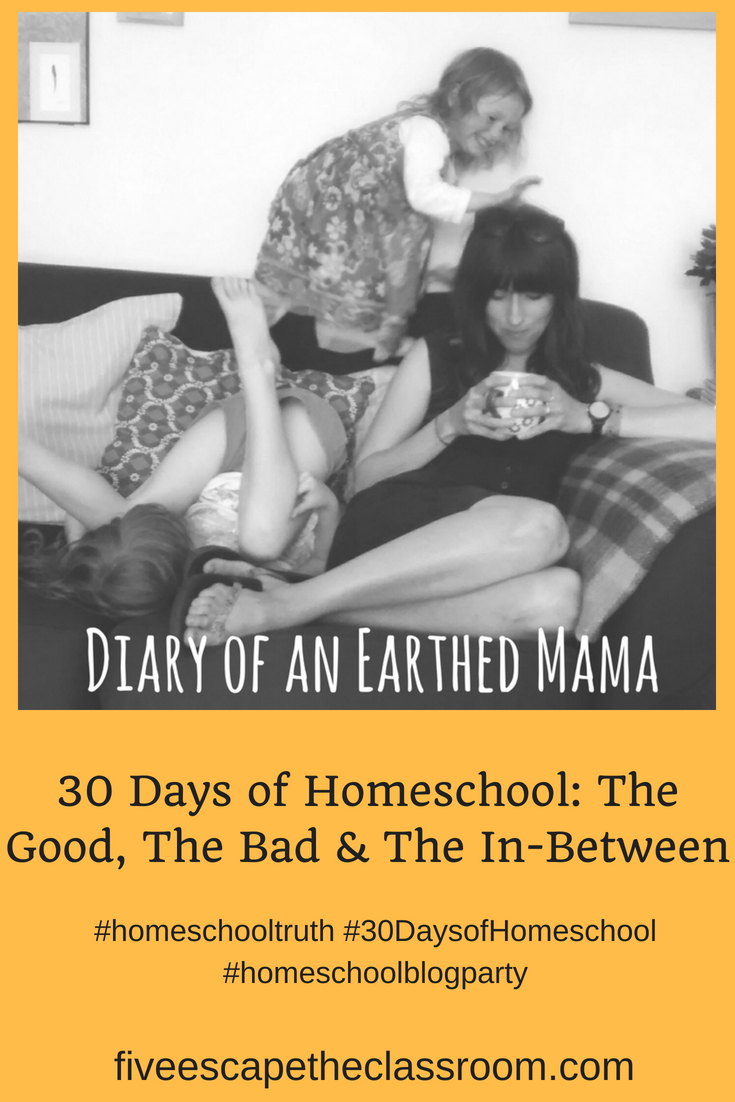 I am a bit of a dreamer, one of those people who is quite happy to exist in a happy little imaginary world for a large proportion of the time. I suspect that there are many of us out there. Often I find reality is somewhat different to what’s happening in my head and brings me back to Earth with a bump…Join me on a bumpy day 🙂

6 a.m. Awake to dulcet sounds of loud slurping. Surface and find Bod3 clamped to breast. She sort of squawks a bit, and her dark eyes open. “Helped m’self mama,” she announces.

Mr S. brings me a mug of lemon and hot water which I sip slowly, feeling very holy and imagining it happily doing its work, detoxifying my liver. Hmmmm – shame that I’ll probably retoxify things fairly soon with large portions of chocolate. And stuff. Ah well – onwards and upwards! Realise that the sun is peeping through the curtains and enjoy little vision of happy children leaping out of bed to embrace the day, with joyful squeals of delight. Bods 7&11 start to wake…various creaks, groans and moans can be heard from their respective bedrooms. No-one is leaping out of bed. Consider that maybe an enormous crowbar should do the trick. Wonder if they sell crowbars that big. Reflect that that is perhaps a rather draconian measure.

7.30 a.m. Breakfast. Finally sit down having made 4 different breakfasts and having cut the crumpets and toast in exactly the right way (I hope) using a protractor. Just as bottom settles into seat, a great cry goes up. I’ve omitted to provide all the different beverages required for this particular feast. Right – I’m on it! Nothing shall phase me today!!! We settle again and hold hands to sing grace. Ah, peace and harmony, how blissful.

“NOPE. Not even holding hands.”

“Jolly good darling. But the others want to, so just listen then…”

Close eyes and imagine, through the screeching and the mumbling, that we are something like the Von Trapp family – singing in exquisite close harmony. Attempt some harmony.

9.30 a.m. Music practice. Hide in kitchen. It is possible that cats are dying in the music room. Decide not to investigate unless called. A battle between cacophony and polyphony rages for an hour.

10.30 a.m. Decide to head to beach with kids and dog. Indulge self for a few merry moments conjuring up marvellous vision of self standing windswept on beach in bright sunshine whilst children and dog cavort merrily in waves around me. Perhaps we’ll find some fascinating sea creatures washed up on the beach which I will know all about of course and will expound at length to a captivated audience. Reality somewhat different. The sun has now gone, the sky grey, the wind bitter, the sea rough. Large wave condescends to dump huge amount of water all over Bod3 and soak her to the bone. Of course, no spare clothes to be had. In 11 years of mummy-ing I have consistently failed to remember to bring spare clothes. Bod3 now yelling and demanding to go home. Bods 7&11 refuse. The beach is currently the only place in the entire world that they wish to be. Right. Fight ensues. Dog, in the meantime, has caught an interesting scent and charges off up the beach. Realise he is now a distant speck on the horizon, so charge off after him waving arms and screeching. Pause, after a couple of metres (running on shingle is hard – right???) and wonder if there is a less demanding means of encouraging him back. Remember packet of dried sprats in pocket that stink to high heaven. Whip them out and waft them in breeze in enticing fashion. No response. Realise am downwind from dog. Ah. Eventually dog turns to see crazed woman, squeaking and waving and wafting, and decides it would be prudent to return. Time to go home.

12 p.m. Lunchtime. Everyone is apparently starving and ravenous, with concave stomachs that rumble like pits of lions. Prepare food and think it will be lovely (and fun!!! Get me! Fun mummy!) to have a picnic in the garden, with children munching happily in the tree house and me rocking gently on the swing seat. It turns out there isn’t enough space for three children AND their lunches in the tree house. Various bodies fall out and/or get ejected. Call upon advanced negotiations skills…which fail. By the time everyone is settled happily, the desire for food seems to have passed, the desire to play has taken over.

1 p.m. Everyone peels off to pursue different activities. While elder Bods are busy, think it would be nice to set up an art activity for Bod3 and anyone else who cares to dip in…Envisage long, peaceful, creative spell, the breakfast room a hive of productive activity. Ah yes, this activity should take, oooooo, well, an hour? And by the end we’ll have some fabulous works of art. People will exclaim at my gifted children as I proudly display their work on the walls. Optimistically put the kettle on… After about 5 minutes, it appears that this activity has run it’s course. The room looks like Jackson Pollock has held a rave in it, and the “artwork” looks like a miserable soggy Rothko in shades of brown. Remind self that it’s the process that is important. End result matters not. Takes me most of the rest of the afternoon to clear up.

4 p.m. Decide to do some yoga. Announce this grandly to herd of children, hoping for smattering of applause, which is not forthcoming. Children grunt assent. Absent self to bedroom for peace and stillness. After 5 minutes Bod3 potters in.

“OOOOOO look mama! You made a house for me!” she exclaims with joy. “Can I sit on this bit of you? Make another house! Can I climb on this bit?”

“Shall I huff and puff and blow you down mama?”

After a while she sits patiently to watch and wait. The other two wander in.

I find the 3 pairs of eyes boring into me rather disconcerting and I fall over. Enough yoga.

5 p.m. Look at clock and realise with horror that it is dinner time and haven’t thought about what to cook. Enjoy for a moment image of self, glamorous and coiffured, creating marvellous culinary delight in sparkling kitchen whilst children, rosy cheeked with smooth hair, in freshly laundered nightgowns greet Father as he returns from work. Reality a little different. Race around kitchen opening cupboards frantically, trying to find foodstuffs that will ‘go’ together. Can’t find much so finally decide on ‘fusion food’. Dinner burnt because at critical frying moment Bod11 enters kitchen with a question:

“Well…..weeeeeell… (must buy self some time while grey matter kicks into action – quick, think of something…) it’s what posh ducks say?!”

Snigger at high level of my own wit.

“Um, yes. Perhaps we should look it up?”

At this moment, Bod3 rushes in, clutching her bottom in dramatic way and bellowing “WEE COMING!!!!”

By the time Mr S saunters in there is a towering pile of burnt saucepans in the sink, closely resembling the Leaning Tower of Pisa and the kitchen looks like a bomb’s hit it. Dinner barely edible.

7.30 p.m. Storytime. Ah my favourite bit of the day. Time to cosy up together on the sofa with hot chocolate, a chance to be peaceful, a chance to indulge my inner thesp. Dog has decided to occupy half of the sofa, he’s so blissed out that can’t bring self to move him. The rest of us squeeze into remaining half. Bod7 is suddenly afflicted with a bad attack of Ants in Pants. Flings legs over head in alarming way and with increasing exuberance, narrowly missing tray of hot chocolate several times before achieving a direct hit. Oh, and apparently, when I get into it, my scary voice is too scary. Put thesp back in box.

9 p.m. Bod3 asleep and the elder Bods reading. Decide it’s safe to have a bath. Run water and drizzle in some posh bubble bath that Mr S. bought me which I save for when it’s been One of Those Days. Relax in warm water, close eyes and breathe in heavenly scent. Door opens and in stomps Bod7.

“Nah, s’alright Mummy. I like talking to you while I poo.”

“Can I just open the window then darling?” (please?)

Fine. Of course. Take one last sniff of heavenly scent and resign self to fate. We have a lovely chat.

10 p.m. Bed. Really must make some attempt to keep mind alive. Pick up book to read. Eyes can’t focus on page. Must employ mind over matter strategy. Woken by book falling onto face and give up attempt. Drift off instead and reflect upon wise words spoken by dear friend. We’d been chatting about the concept of the “good enough” mother and her contribution was this, “As long as you go to bed every night and think about how you could have done things better, then you’re doing a pretty good job”. Find this thought comforting and profound. When reality constantly brings you back to Earth, at least there is always tomorrow 😉 and after all, Earth is a pretty glorious place to be 🙂 🙂 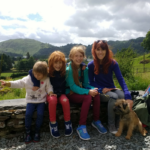 Cathy Smith is co-author of www.fiveescapetheclassroom.com, a blog she writes with fellow home educator and best friend Debbie Douse. Their children bonded over a love of the Enid Blyton Famous Five stories and became firm friends. In the blog, they share their home ed adventures with the world. Follow us!!!

Everything You Need to Know Before Joining a Homeschool Co-op
FPEA Homeschool Convention - May 26 - 28
Please follow and like us: 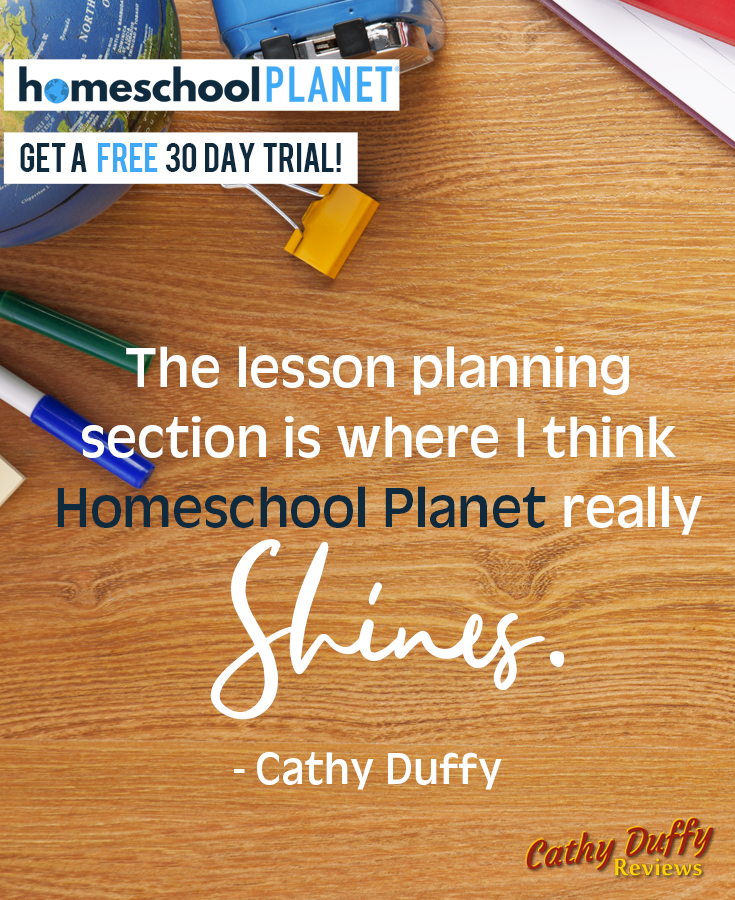